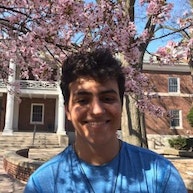 The North America 2021 KubeCon (also called CloudNativeCon) is set to be held at the Los Angeles Convention Center from October 11th to 15th. The conference has been consistently growing at an incredible pace, and it is estimated that this year’s conference will boast over 20,000 attendees, a tremendous 4000 percent increase in attendance from the first KubeCon conference held just six years ago. The conference can be attended both virtually and in-person, with virtual rates ranging from $0 - $75 and in-person costing between $150 and $1650. In today’s post, let’s look closer at what KubeCon really is, and how the conference has changed in recent years.

To put it plainly, KubeCon is a Kubernetes Conference. Kubernetes originated from an internal project at Google called Borg. Recognizing the revolutionary scope of their product, Google open-sourced Kubernetes in 2014, leading to massive developments in the cloud computing world. In our previous article we learned that Kubernetes is essentially a platform for efficiently and automatically managing and scaling containers in the cloud, and I’m sure you can infer the sizable implications of such a tool suddenly becoming available to cloud users (or look at our post explaining containers and Kubernetes).

Google held the first KubeCon in November of 2015. The conference lasted three days and featured a variety of speakers who discussed topics ranging from app development on cloud-native platforms to integrating Kubernetes on the AWS platform. Apart from talks and keynotes, KubeCon 2015 also scheduled some workshops so attendees could get some hands-on experience with Kubernetes deployment, and the conference concluded with a Kubernetes Hackathon.

How Has KubeCon Changed from when it started?

In it’s more primitive state five years ago, KubeCon focused only on topics pertaining directly to Kubernetes. However, in the years following its inauguration, the primary purpose of KubeCon has expanded to encompass its exponential growth.

KubeCon was originally hosted by the KubeAcademy. However, the Linux Foundation (a nonprofit that seeks to provide a neutral hub for developers to collaborate, build code and form new ideas) envisioned a KubeCon of a higher scale and, shortly after the first conference took place, one of their subsidiary companies- The Cloud Native Computing Foundation (CNCF)- began hosting the event. As one of the largest homes for cloud-native technology and software, the CNCF aims at democratizing code to make cloud native technology readily available and accessible to all.
Accordingly, KubeCon 2021 will be focused on promoting engagement and education of all open source and cloud-native technology.

This year’s conference has been divided into twelve unique tracks, with each track focused on a different aspect of the cloud computing world. From the 101 Track, featuring intro level talks like how to integrate a database in Kubernetes, to the Runtimes Track, focused on low-level, specific techniques for maximizing the speed of workloads, the purpose of these tracks is to collectively educate conference attendees about all the nuances of the cloud.To help achieve this cause, each track has talks by speakers from famous companies that utilize this technology in their respective platforms, including Kubernetes, Red Hat, Prometheus and more.